When choosing a first bike for Mr Magoo we were set on getting a balance bike as we loved the idea of getting used to no stabilisers from the start. Then it was just the matter of deciding on exactly which one, what a minefield! There are so many makes out there. At first we thought a wooden one would be great due to our love of wooden toys but once we had investigated lots of makes and read a lot of reviews we settled on a Strider bike from learning early. 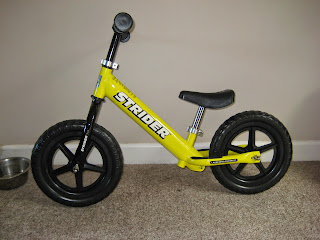 We loved the fact it was light and looked cool. Plus seeing as it is good quality we hoped to be able to use it for any future children too. Mr Magoo had it for an early Christmas present when he was just over 2 and he had a good go at it at first but it was a bit hit and miss. He wasn't really a huge fan of it and when he saw a friend with a mini microscooter then that became his dream machine! The lucky boy got one last Christmas when he was 3 1/2 and loved it immediately. We tried out Mrs Magee with the bike and she was a natural from the start. 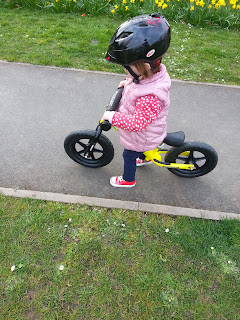 So it all worked out well in the end! A few months on and they are both getting on really well with their new wheels. It was lovely to see them riding around together and Magee trying to keep up with her big bro! 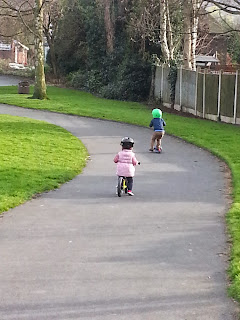 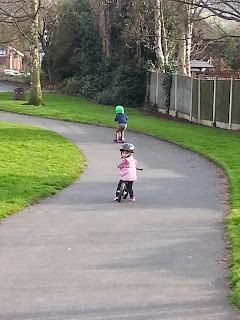 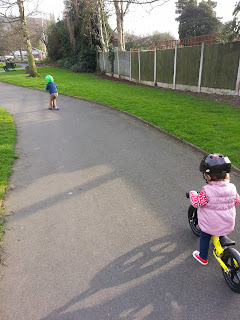 Magoo has mastered the brake on the back now and really gets up some speed at times which leaves me with my heart in my mouth! Daddy has even put one on his Christmas list now so he can join in the fun!
Posted by Unknown at 12:12

I am a stay at home mum to the amazing Mr Magoo and the incredible Mrs Magee and I love it. I am grateful every day for my amazing husband and children and take nothing for granted so we try and make the most of it all. I decided to write a blog as a bit of a diary to look back on and remember all of the little sparks that make a day great and me want to write about it. Hopefully you'll enjoy reading it too!

We are in to attachment parenting, healthier living, trying to be more eco friendly, wooden toys, nature, education the list goes on!